“United States v. Reality Winner” is a principled, soulful documentary about the National Security Agency contractor who sent a document outlining Russian election hacking and influence
efforts to The Intercept, only to be imprisoned for her efforts. Directed by
Sonia Kennebeck, who previously made a film about drone-program whistleblowers,
the 2021 movie provides
a welcome introduction to the case, as well as an investigation into the nature
of whistleblowing itself, its effects on one’s psyche and family, and whether
our vast secrecy apparatus is compatible with democratic self-rule when it so
routinely deprives the public, and even government officials, of information
they have the right to know. But Kennebeck is still seeking distribution for her
movie. Unless you happen to catch it at a festival (or via a reviewer’s copy,
as I did), it’s nearly impossible to watch it. Is there a better metaphor for
the public’s indifference to the excesses of the national security state?

On July 30, Kennebeck will premiere another new film, Enemies of the
State (this one will be available in theaters and on demand). It tells the
tangled, paranoid tale of Matt DeHart, a former participant in the Anonymous
hacktivist collective, a Wikileaks associate, and an Air National Guard
intelligence analyst who, after a disturbing and murky legal ordeal, including
a failed asylum bid in Canada, was imprisoned on child pornography charges.
That is only part of the story: DeHart’s parents cooperated extensively with
Kennebeck’s film; DeHart himself failed to show up for his scheduled interview.
The result is an extraordinary, unsettling documentary that’s just as much
about DeHart’s devoted parents—former Army linguists who became convinced of
their son’s persecution by the FBI—as it is about a young hacker and
information activist facing legal jeopardy.

Taken together, these documentaries confirm Kennebeck’s emergence as one
of America’s foremost cinematic chroniclers of the post-9/11 security state.
Like Laura Poitras, who won an Oscar for Citizen Four, her film on
Edward Snowden, Kennebeck is an acute observer of the complicated psychology of
whistleblowing and its inevitable, uncontrollable fallout (whether DeHart, who
ran a server for Wikileaks, was ever truly a whistleblower is one of the film’s
animating questions). In methodically exploring the lives of her subjects and
their families as they come under the unforgiving microscope of the
authoritarian surveillance state, she has offered thoughtful, at times enraging, accounts of a national-security apparatus that may be beyond reform. Rather
than providing a legal framework for safeguarding collective security,
Kennebeck seems to argue, our elaborate structures of official secrecy and
classification have made criminals of everyday people seeking to do what’s
right. They also have created an unbridgeable gulf between an uninformed
populace and the anointed class of securocrats that’s supposed to watch over
them.

Whereas Winner’s case—in which she received a 63-month sentence, longer
than any previously handed down to a press leaker, before being released on
good behavior in June—projects a certain moral and narrative clarity, DeHart’s
is far more complicated, resisting easy summary. In short, DeHart claimed that
he was imprisoned, drugged, and tortured, and extensively interrogated by the FBI
in a dubious but wide-ranging espionage investigation that cast DeHart as a
traitor looking to sell information to foreign powers. DeHart also claimed that
he had information—bound for Wikileaks but never delivered or otherwise
published—that showed that the CIA was responsible for the 2001 anthrax
attacks, which were never solved. (It remains unclear why DeHart never released
this information publicly.) No charges were filed against DeHart as a result of
the FBI investigation, which turned his parents’ lives upside down. He
eventually pleaded guilty to lesser charges in a child pornography case,
claiming, like others in similar situations before him, that it was the
simplest way to settle his legal ordeal. Having served his sentence, he now
lives with his parents in Indiana.

The secrecy and intrigue surrounding DeHart’s case, the difficulty in
reconciling his possible guilt as a child pornographer with his apparent
suffering at the hands of an unaccountable security state, makes Kennebeck’s
disturbing, occasionally mind-bending film an altogether more impressive
achievement. Without falling into false equivalences, Enemies of the State suggests
DeHart is neither purely victim nor villain, worthy of sympathy but also,
perhaps, an abuser who is deluded as to his place in history. The film opens by
aptly quoting Oscar Wilde, who wrote, “The truth is rarely pure and never
simple.” In Enemies of the State, truth is irreparably complicated; it’s
also fungible in the service of state power.

Beyond questioning the strictures of governmental secrecy, both films
point to the corruption and authoritarianism that may be inherent parts of a
state that engages in mass domestic surveillance and unbridled, permanent
warfare on multiple continents. In such an imperial system, the law is
sacrosanct, unquestionable, with no room for mercy or consideration of motive.
As United States v. Reality Winner chronicles, the Espionage Act, which
has been used to target numerous leakers and journalists since 9/11, does not
care about intent. A World War I–era law that predates our current
classification system, the Espionage Act considers only whether classified
information was disclosed to someone not authorized to receive it.

Consequently it didn’t matter that the single document
Winner shared provided useful public information—without revealing clandestine
sources or intelligence-gathering methods—about Russian attempts to hack
election-related infrastructure. She broke the law and was punished forcefully
for it, in what U.S. attorney Bobby Christine admitted was an effort to
discourage future leakers. Calling her an “insider threat,” guilty of “treachery
and betrayal,” who hated America and endangered national security, Christine
promised that there was “very real damage done”—a claim belied by a lack of
subsequent fallout, along with the fact that some state election officials
thanked Winner for what she did. As Edward Snowden remarks in the film, in
handing down a stiff sentence, the government exhibited “this weird kind of
celebration” over what should have been a somber case, prosecuted “with some
level of regret.”

While the stakes of Winner’s case are clear, there are some lingering
questions. Interviewing other government whistleblowers like Thomas Drake, who
disclosed information about NSA surveillance programs, and John Kiriakou, who
was jailed for speaking out about CIA torture, the film asks how The Intercept
could have been so sloppy in handling Winner’s material, which arrived
anonymously in the form of a printed document. That document contained tiny
microdots that could be used to identify who printed it, where, and when.
Perhaps unaware of this fact, Intercept reporters sent the document to the NSA,
asking them to authenticate it. While, as Intercept Editor-in-Chief Betsy Reed
argues, Winner might have been arrested anyway—it’s hard to avoid the
all-seeing eyes of billion-dollar intelligence agencies—this step contributed
to her unmasking as the article’s source.

“It begs some really uncomfortable questions about what was the intent
of The Intercept reporters of record,” Drake says in the film. “What did they
actually share? Or what did they protect?”

Kiriakou is less forgiving, invoking his own
experiences with investigative journalists at NBC, The New York Times, and
The
Intercept: “Because of their carelessness—subterfuge might be a better word—I
spent two years in prison.” About Winner’s document, he suggests, “they either
didn’t know that or didn’t care” about the security features.

Although the reporting of Winner’s story has been investigated
by other journalists, a haze of uncertainty persists. Kennebeck’s film
states that Matthew Cole and Richard Esposito, the first two of four
journalists bylined on the story, didn’t respond to requests for comment. The
other two reporters credited on the story—Sam Biddle and Ryan Grim—go unnamed
in the film, which also blurs their photos in a shot of the article itself.
While the Intercept’s parent company helped fund Winner’s legal defense, no one
appeared to face professional consequences for their role in outing Winner to
the government. Strangely—and perhaps troubling for a former investigative
journalist who worked on national security stories—Richard Esposito now works
as a spokesman for the New York Police Department,
a job that practically requires stonewalling and otherwise misleading
journalists.

But the truth of Winner’s arrest is secondary to what brought her to
that position. A lively personality and heterodox thinker—an animal-loving yogi
critical of U.S. foreign policy, who owned a pink AR-15 and helped translate
communication intercepts for drone strikes—Winner sublimated her own interests
in service to a state that, as soon as she strayed a millimeter from the law or
shared ideology, had no use for her. The same happened to DeHart, who was
discharged by the Air National Guard for depression—a decision he
unsuccessfully challenged. One gets the feeling that DeHart, a technically
talented computer obsessive who followed in his parents’ footsteps by joining
military intelligence, simply wasn’t suited to being part of a regimented
military machine, not when his own instincts told him that classified
information should be set free. And although the film doesn’t suggest it
outright, one wonders if Winner’s service—which included a commendation for
contributing to bombing missions that killed hundreds of alleged enemy
combatants—proved similarly disillusioning. She may have leaked that document
to The Intercept in part because she saw that her own government wasn’t telling
the truth about what it knew.

In a sign of their moral maturity, Kennebeck’s films exhibit sympathetic
concern for her human subjects and deep skepticism at the systems that rule
over them. With DeHart, there are too many unresolved questions not to think
that some injustice occurred. Why was the FBI so keen to interrogate him
without ever charging him? (DeHart’s parents claim that the FBI wanted to cover
up its knowledge of CIA involvement in the anthrax attacks.) Why was DeHart
drugged and tortured in custody, to the point where he collapsed in court and,
in another instance, landed in an emergency room? Why would the FBI interrogate
DeHart’s grandmother about the political loyalties of her daughter, DeHart’s
mom?

While their stories differ in the particulars, Winner and DeHart belong
to a growing club of whistleblowers, dissidents, political prisoners, hackers,
information activists, former intelligence officers, and other distinctive
characters who have come under the withering gaze of the national security state. Some
have been prosecuted and jailed; all have suffered materially and personally.
The very facts of their stories are sometimes subject to debate, but each story
must be told, because each is an outrage, a civil libertarian nightmare that
persists long after the camera goes dark.

The somber truth at the heart of Kennebeck’s films is not just that
agencies like the FBI or NSA operate according to their own logic of secret
governance; it’s that the problems they produce might be insoluble. As Matt
DeHart’s father suggests, there is practically
nowhere a person can go to protect himself from the United States—unless
he has the bizarre misfortune, as Edward Snowden did, to end up stuck in the
Moscow airport, passport canceled, while in flight from American authorities.
There is no easy escape from the watchful gaze and political influence of a
globe-straddling empire. But no matter how many times the U.S. government makes
an example of people like Reality Winner, it’s clear that some insiders will
only feel more emboldened to risk their safety to leak information in the
public interest. Or as Snowden put it, simply and hopefully, “There will be
others.” 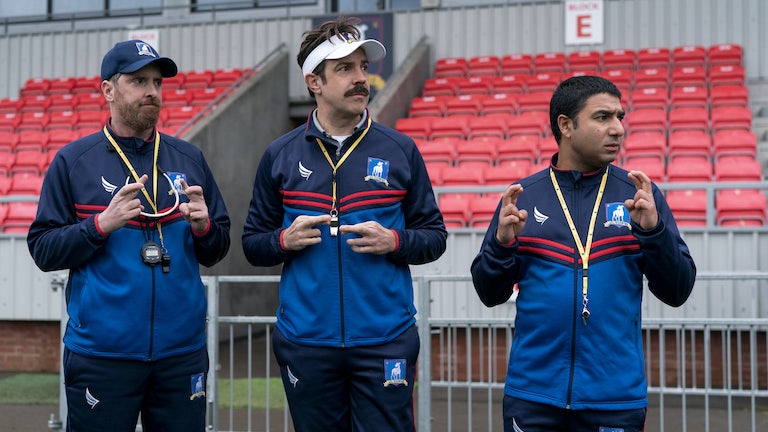 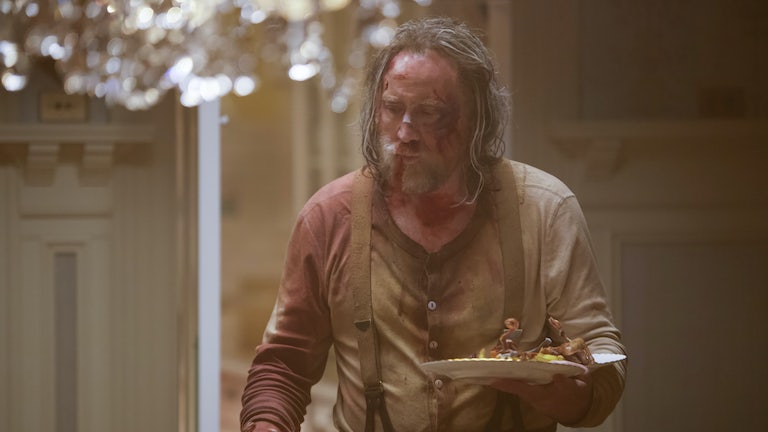