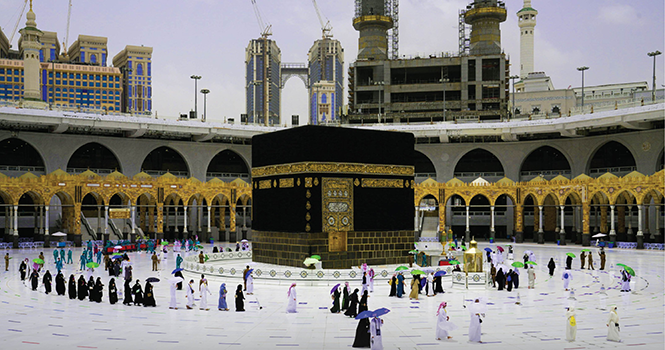 The Grand Mosque of Makkah

The General Directorate of Passports announced that Saudi Arabia is bracing to receive pilgrims from foreign countries.

The first foreign pilgrims to perform Umrah this year arrived in the Kingdom on Aug. 14, at King Abdulaziz Airport in Jeddah, in line with the applied precautionary measures.

Saudi Arabia’s Ministry of Hajj and Umrah announced last week it would begin receiving Umrah pilgrimage requests starting Aug. 9. The ministry indicated that this would gradually increase the number of pilgrims to two million per month, or 60,000 pilgrims daily, divided into eight operating periods.