How Western Books About the Muslim World Fuel War and Retribution

It didn’t take long after the Taliban takeover of Afghanistan for nonfiction about captive or oppressed Muslim women to begin trending on Goodreads, nor for social media users to recommend such bestsellers as Betty Mahmoody’s Not Without My Daughter, Azar Nafisi’s Reading Lolita in Tehran, and Jean Sasson’s Princess trilogy for “insight into what’s happening in Afghanistan,” in the words of one Reddit user.

It’s a bit of a reach. Both Mahmoody’s and Nafasi’s books are set in post-revolutionary Iran, and Sasson’s takes place in Saudi Arabia. But according to literary scholar Dohra Ahmad, who sardonically coined the genre “oppressed Muslim women narratives,” such stories have never been known for their “regional, doctrinal, or economic specificity,” even though some authors have presented nuance.

Neither Ahmad nor other literary scholars have questioned the trauma experienced by the women portrayed—as a rule among the bestselling nonfiction—in the Middle East and Central Asia. (Ahmad notes that American readers are utterly uninterested in depictions of Islam outside these bounds, including in their own country.) Instead, she and other scholars tend to ask: Why do such singular stories of abuse capture the American imagination of Islam at large? Why do they spark such moral outrage when this country does next to nothing to protect women and children from abuse here at home? And what is their impact on Muslim women globally?

As the reading masses turn to beloved nonfiction to process the crises abroad, as Americans more generally devour sensationalized (and often, inaccurate) media about women in Afghanistan, and as critics of the withdrawal traffic in canards about Afghan damsels in distress, these questions are well worth asking.

There may be no more instructive case study of the cultural influence of the oppressed Muslim women narrative than that of the blockbuster Not Without My Daughter, the subject of two chapters in religious studies scholar Megan Goodwin’s book Abusing Religion: Literary Persecution, Sex Scandals, and American Minority Religions. Published in 1987, Mahmoody’s pulp memoir had all the makings of a potboiler. The story kicks off in Michigan with her marriage to a handsome foreign-born doctor. The sex is hot, and the couple has a beautiful daughter. Then the fairy tale turns into a nightmare.

After the Iranian revolution, Mahmoody’s husband, who is from the country, demands to return, promising they’ll stay for only two weeks. Once there, he backslides into a “fanatical patriarchal,” beating the now black-clad Mahmoody, hiding her passport, and withholding money—all things the memoir repeatedly attributes to his religio-national commitments. But the American’s indomitable spirit wins the day. Mahmoody manages a harrowing escape with her daughter, trekking over mountains to make her way back to the freedom-loving U.S.A.

In her chapters on the book, Goodwin writes that, in Mahmoody’s seeming determination to indict all of Islam as dirty, barbaric, and fundamentally un-American, the author heavily relied on language connoting reversion (“backsliding”) and made numerous factual errors. For instance, she mistook Iranians, many of whom are phenotypically white, for Arabs. Scholars noted this and other goofs, but their voices were drowned out by enthralled readers, reviewers, and high-seated members of the literary establishment.

The book sold 15 million copies and was translated into 20 languages, in addition to being nominated for a Pulitzer Prize and earning the author an honorary doctorate of letters. Television hosts Barbara Walters, Larry King, Phil Donahue, Sally Jessy Raphael, and Oprah Winfrey invited Mahmoody onto their shows to gush about what was, in Goodwin’s view, a “garbage fire book.”

In 1991, Metro-Goldwyn-Mayer adapted the memoir for the big screen, having scooped up the film rights before it even hit shelves. The Hollywood studio cast Sally Field as the heroine. This drove home the book’s xenophobic themes by spurring viewers to regard the wife and husband as stand-ins for America and Islam, respectively. As Goodwin explains: “[Field]’s not any white lady. She’s every white lady. She’s Gidget. She’s the Flying Nun. She is literally America’s sweetheart at this point [in her career]. So to watch her get the shit kicked out of her by this violent Muslim man … it’s like indicative of how Muslim men really are, even though they try to trick us and make us think that they’re just like us.”

In 1993, in response to Mahmoody’s story, President Bill Clinton signed the International Parental Kidnapping Crime Act, which made international abduction by a parent a felony offense. The same decade, the U.S. State Department made Mahmoody an adviser “on the plight of American women and children held against their will in foreign countries.” Ever since, the film has regularly played on television networks such as Oprah’s OWN, in addition to being screened in public schools and even a custody hearing “as a credible example of Muslim beliefs and practices.” The book remains in print, its cover having been updated to reflect current images of “scary Muslims.” (The heroine is now in full niqab.)

Goodwin explains that the book’s enduring legacy is widespread disgust for Islam, pity for Muslim women, and pride for the supposedly human rights–loving U.S. Other white-authored and marketed books in the genre have cultivated the same feelings, according to Ahmad. The first book in the Princess trilogy, for instance, romanticizes America and obscures the U.S.’s role in giving rise to the depicted atrocities in Saudi Arabia, leaving readers to conclude that “women of the Arab culture have no rights.” Suzanne Fisher Staples’ young adult novel about a child bride, Shabanu: Daughter of the Wind, is more nuanced, but its packaging and pedagogical uses give students an “illusion of global cultural literacy,” leading some to bully Muslim peers.

As readers young and old consume bestsellers about Muslim women’s suffering (often in lieu of more meaningful engagements with Islam), Muslim women globally have been increasingly subjected to military force, surveillance, discriminatory policies, and hate crimes by those who claim to be liberating them.

The Bush administration famously appealed to human rights to justify the invasion of Iraq and Afghanistan, devastating hundreds of thousands of civilian lives and creating the conditions for the current crisis. As religious studies scholar Juliane Hammer has discussed, recent decades have also seen the rise of physical and verbal harassment against Muslim women in the United States, including incidents where some have had their headscarves forcibly removed in public by strangers. Many Westerners have come to believe that by wearing such garments, Muslim women are either asking for violence or signaling their allegiance to terrorist men—therefore, they must be battered to take them off.

Hammer recounts a particularly jaw-dropping expression of Islamophobia involving Texas Representative Louie Gohmert, a Republican. In 2010, Gohmert defended an Arizona immigration restriction by claiming that young Muslim women were plotting to birth children in the U.S. and then return to their home countries, where the American citizens could be “raised and coddled as future terrorists.” One day down the road, the “terrorist babies,” as the media dubbed them—riffing on the disparaging “anchor babies”—would come back “to destroy our way of life.”

Beyond inspiring imperialist sentiments, many pulp bestsellers about Muslim women have helped give rise to doublespeak. Muslim women can be talked about as “poor” victims and as irredeemably depraved beings who must be kept out at all costs.

It’s impossible not to see this same contradictory rhetoric being used now, as President Biden’s critics profess pity for the women and children of Afghanistan while also retweeting viral images of a refugee-packed aircraft with the caption, “Raise your hand if you want this plane landing in your town?”

Stephen Miller, the former Trump adviser and architect of the first attempted Muslim ban, captured popular sentiment on the right when he told Fox News host Laura Ingraham last week, “There are a lot of people in Afghanistan, millions and millions and millions, who don’t like the Taliban, and rightfully so. That doesn’t necessarily mean that all those millions of people are Jacksonian Democrats who are pro-America and who will embrace our way of life.” As he has argued elsewhere, even the “good,” pitiable foreigners can never be fully American. The most logical thing to do, then, “is to find them a home in another country in Southeast Asia or the broader Middle East.” Ingraham agreed.

But it’s not just right-wing bigots who stereotype Muslims and Muslim-majority nations. Liberals, too, attach themselves to stories of Muslim oppression, condemn all of Islam for the actions of certain authoritarians, and congratulate the U.S. for its alleged modernism. Lila Abu-Lughod, author of the influential 2013 book Do Muslim Women Need Saving?, tells of prominent atheist Sam Harris praising journalist Malala Yousafzai for standing up to “the misogyny of traditional Islam” when Yousafzai wrote a book about being subjected to Taliban violence. Goodwin notes that Mahmoody’s memoir is listed in the 2014 Encyclopedia of Feminist Literature for exposing “Muslim misogyny.”

Musing about the depth of moral conviction that people feel “about the rightness of saving the women of that timeless homogeneous mythical place called Islamland,” Abu-Lughod blames ignorance about the diversity of Muslim women’s lives and discomfort about the West’s role in creating horrific living conditions for people globally. But she also senses something else at work: “Representing Muslim women as abused makes us forget the violence and oppression in our own midst.”

It is telling that, last week, exponentially more Americans publicly emoted about Afghan women’s plight than reacted to coinciding news of Hannah-Kate Williams filing suit against Southern Baptist institutions and leaders, including her own father, for failing to investigate her reports of sexual abuse, defaming her as a liar, and conspiring to protect the denomination from a scandal documented to have at least 700 victims. Williams’s filing comes on the heels of the Boy Scouts of America quietly agreeing to pay $850 million to more than 60,000 men who have sued over child sexual abuse. Catholic dioceses everywhere are in bankruptcy after paying settlements to their own abuse victims in a country where one in nine girls are sexually abused or assaulted before turning 18.

Following revelations of abuse and cover-up in white institutions, many often proclaim their shock, despite the testimonies of the abused shining a bright light on the crimes. Deep-seated fantasies of dark-skinned depravity and white innocence aid and abet the public in looking past the scandals and corruption hiding in plain sight. Naming these fantasies is a step toward reconciling with both sexual and colonial violence, and building the humanitarian society America is touted to be. 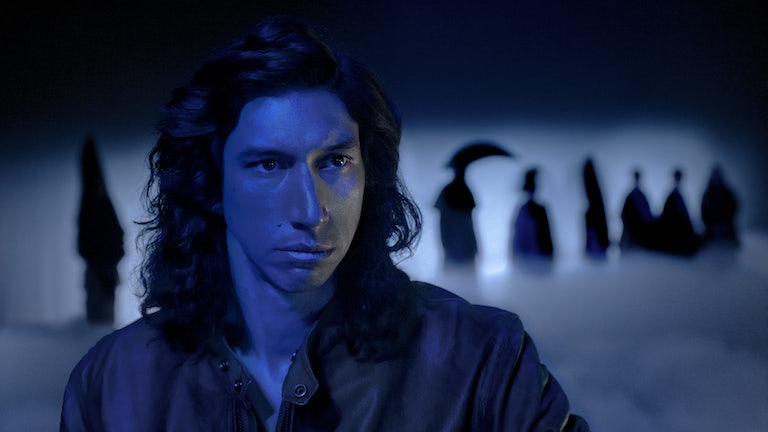